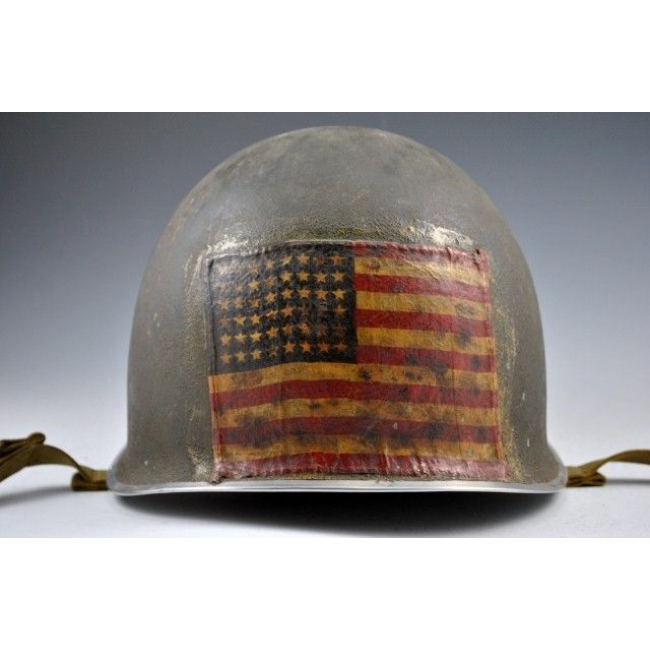 A unique WWII US Navy M1 Fixed bale helmet with patriotic American flag glued to the reverse…The US flag is a typical gauze invasion flag normally worn by soldiers on the sleeves of their combat jackets during invasions by air and sea from North Africa, Sicily, Southern France and Normandy as well as many other campaigns…This helmet illustrated is associated with navy personnel since other similar examples exist .