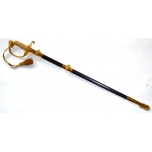 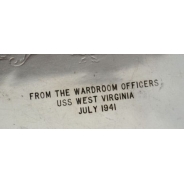 Lt. Oldfield served on the west Virginia and survived its sinking and subsequently remained to help with its salvage operation. Amazingly much was recovered from the ship to include his sword and boatswain’s whistle. While serving post war in Japan he replaced his sword and sword belt rig with one purchased from the Japan Sword Company and it’s one of the finest quality US Navy swords I’ve seen.

He later served as the engineering officer for repairs on the USS Bunker Hill and there is an original set of Bunker Hill’s plans shown in the link below.

Categories: Show All, US Groupings