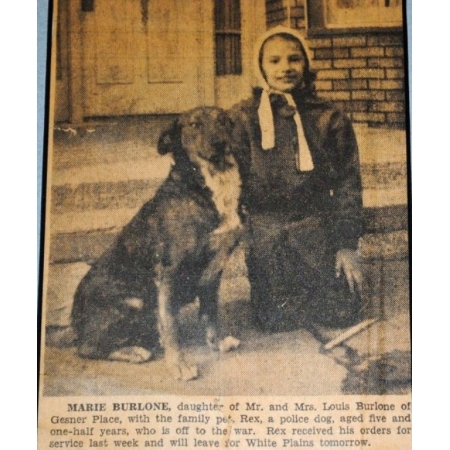 A rare and outstanding War Dogs K-9 Section grouping of the War Dog Rex Tattoo number J84 serial number 618…Wartime newspaper article showing Rex with young Marie Burlone prior to his enlistment…Rex was inducted on January 6, 1943 and served in South Carolina with the U.S. Coast Guard and was honorably discharged on February 24, 1944 due to health problems…A certificate of appreciation from the War Department Office of the Quartermaster General was given Louis Burlone for donating Rex to the Armed Forces.