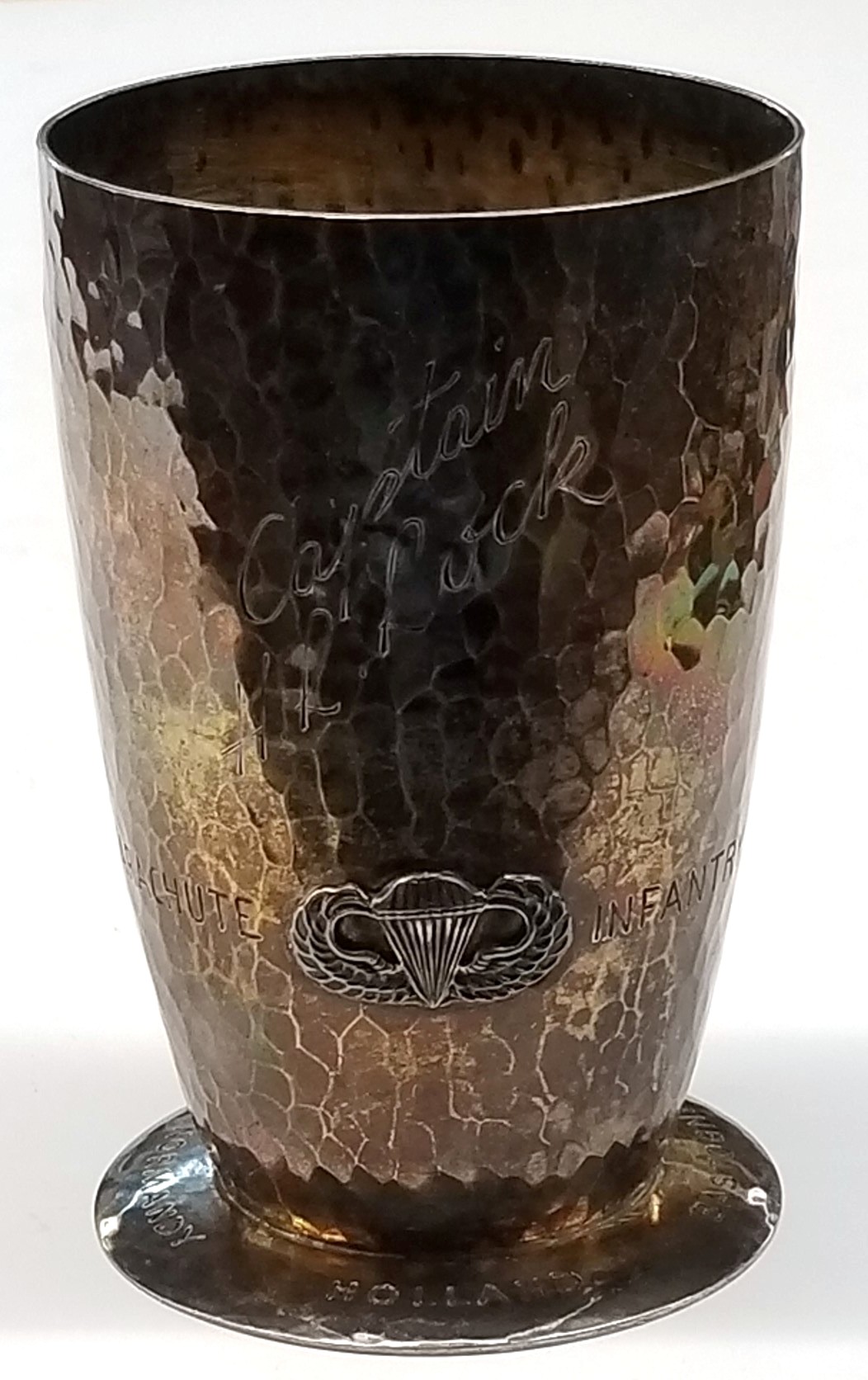 I am always interested in acquiring examples of these cups…Please contact me if you have or know of any for sale.
…silver coins from a German SS payroll found at a railroad siding by the Landsberg, Bavaria, Germany, area work camp liberated by the 506th PIR in April 1945 were later used to make cups for 506th PIR Officers, and the additional silver needed to make these cups was liberated from Hitler’s private dining room in the famed Eagle’s Nest atop Kehlstein Mountain near Berchtesgaden, Bavaria, Germany in May 1945.
However, according to Mark Bando, author of several books about the 101st Airborne Division in WWII, “In May, 1945, when troops of the 506th occupied Fischhorn Castle at Bruck, Austria (adjacent to the SS Horse Farm), a quantity of silver chalices were liberated. These were marked on the base as having been manufactured at Innsbruck, Austria, and the silver content was .900 fine. An Austrian silversmith near Zell am Zee was commissioned to customize these drinking vessels as follows: One style, having an overall hammered surface, was adopted by the 506th and engraving was done for every officer in the regiment, with each officer’s name and rank, the words ‘506th Parachute Infantry Regt’, and a set of facsimilie parachute jump wings (slightly smaller than actual) were attached to the center front. Around the top of the base were engraved the campaigns in which the officer had participated.”
…the 506th PIR officers sent the chalices to a silversmith in Saalbach, Austria, northwest of Zell Am See, where for 7 Reichs-marks per chalice, the silversmith added the under-sized jump wings andengraved the name, rank and campaigns of each officer.
The officers also had a wooden case made to hold the cups and the Sink Grail. The case had an inlaid wood Parachute Reserve on the front. As each officer left the 506th, they took their cups with them.
link to an article on these cups: http://www.506infantry.org/hisrhqwwiimemo03.html
(WWII 506th Parachute Infantry Regimental Officer’s Silver Cup) 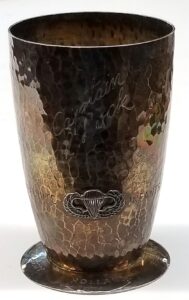