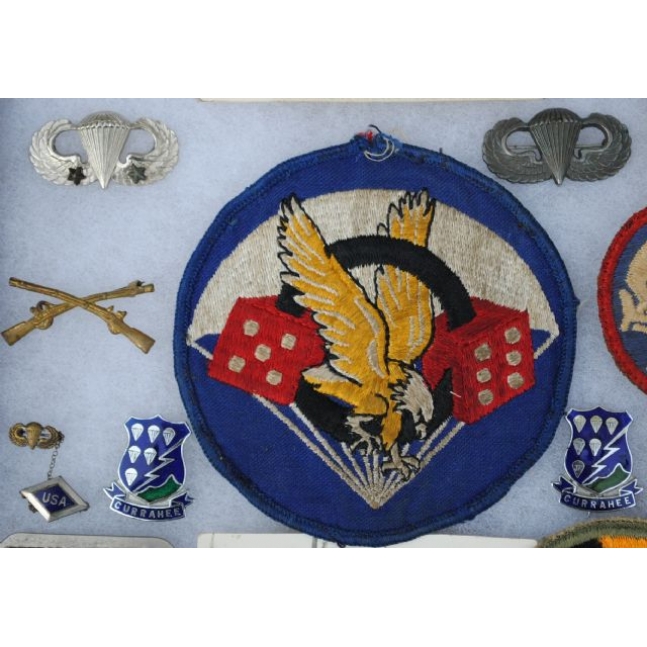 An exemplary Airborne grouping from an original Easy Company 506th Parachute Infantry Regiment officer who made two combat jumps-Normandy with the 506th and Operation Varsity with the 17th Airborne Division and served in the 517th Parachute Infantry Regiment…Illustrated are Lt. Rexrode’s purple heart medal, ribbons, Airborne cloth insignia including a white tongue 101st patch, 506th PIR enamel unit crests and silver jump wings including one with two jump stars…Photos show him at jump school in Fort Benning, GA, at home wearing his A-2 leather jacket with 506 pocket patch (the patch is with this grouping) and a studio portrait of him in his dress white uniform.