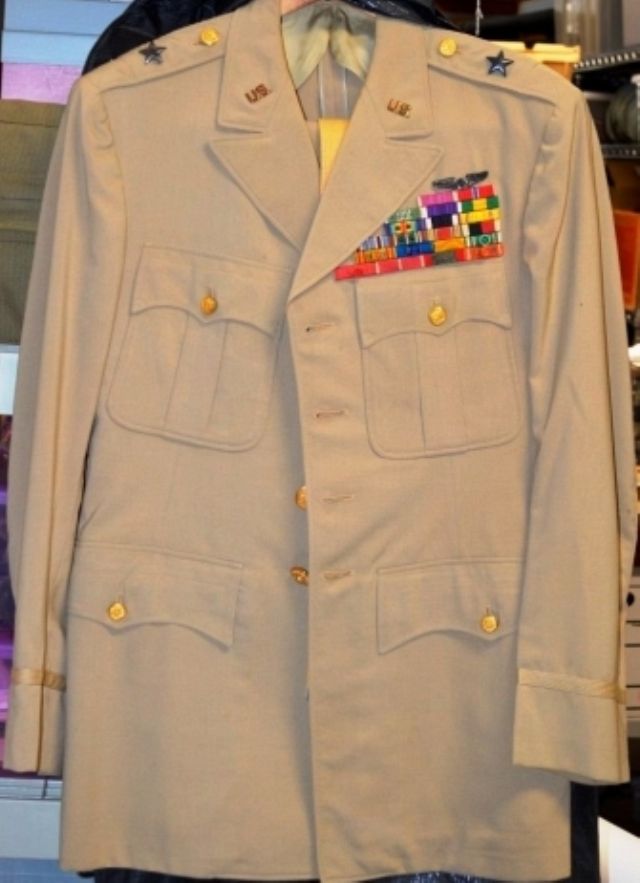 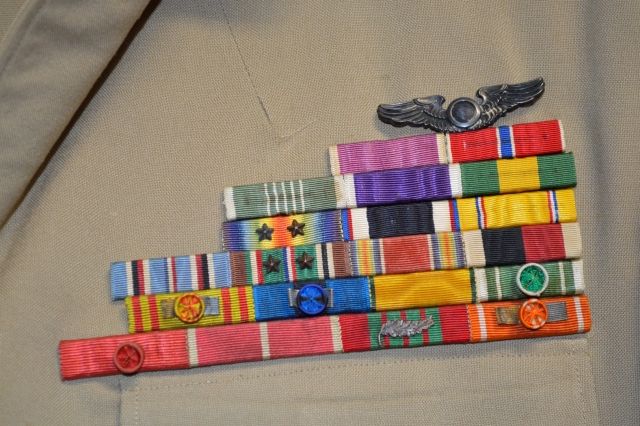 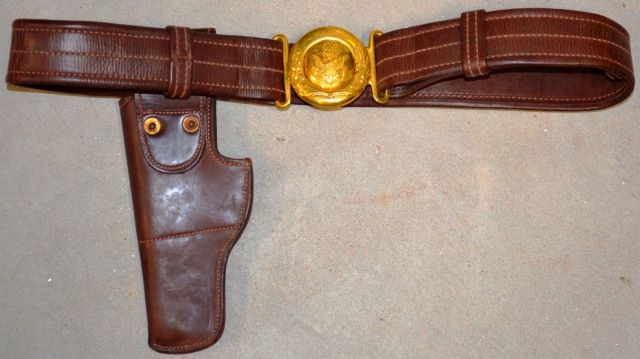 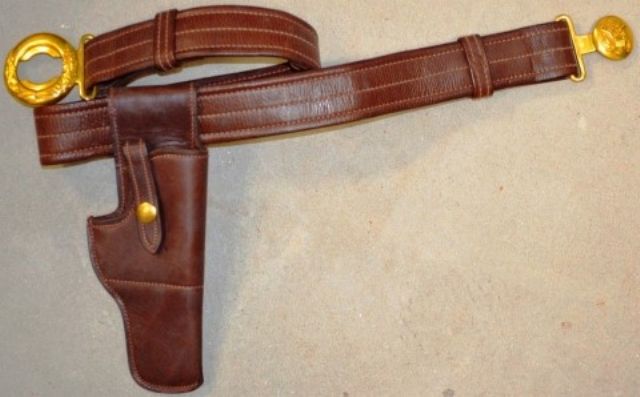 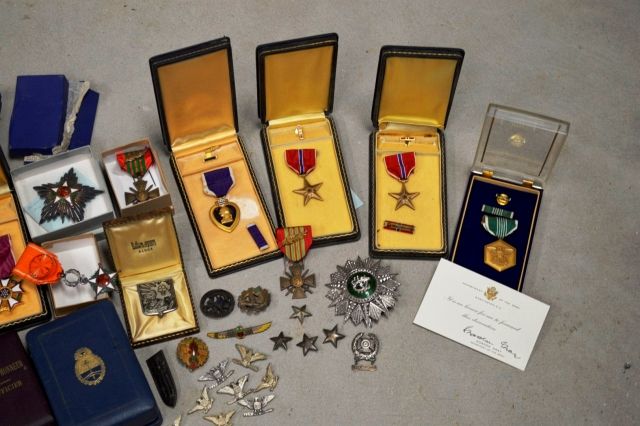 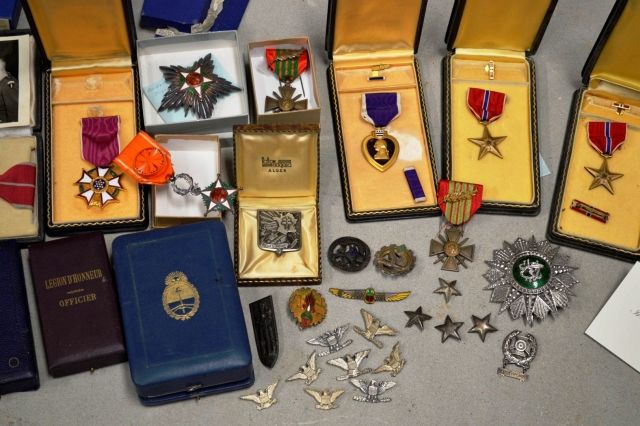 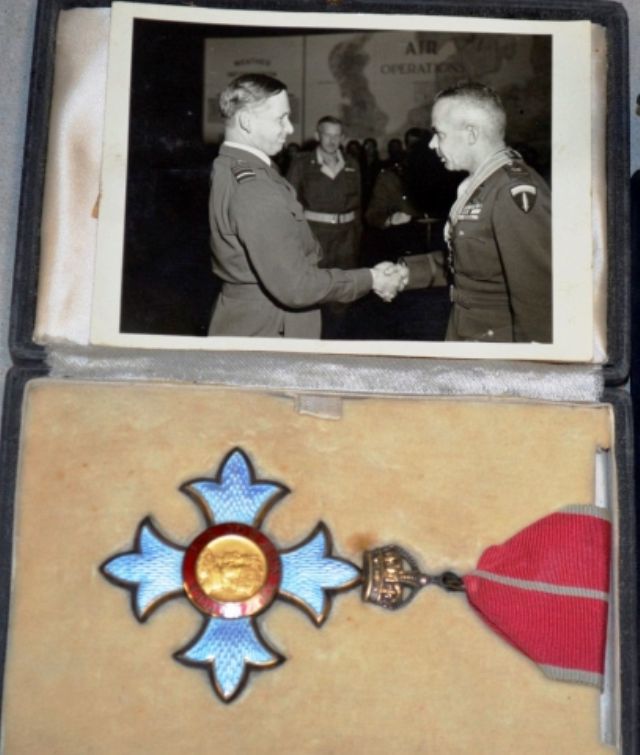 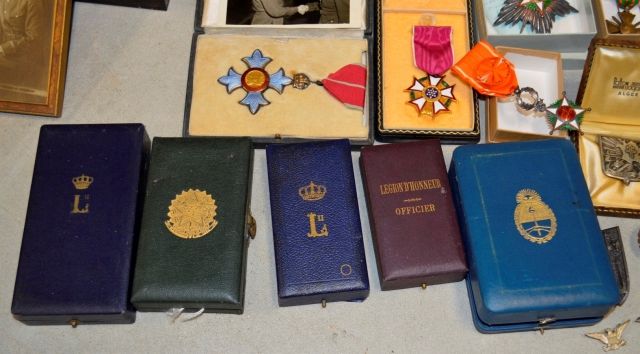 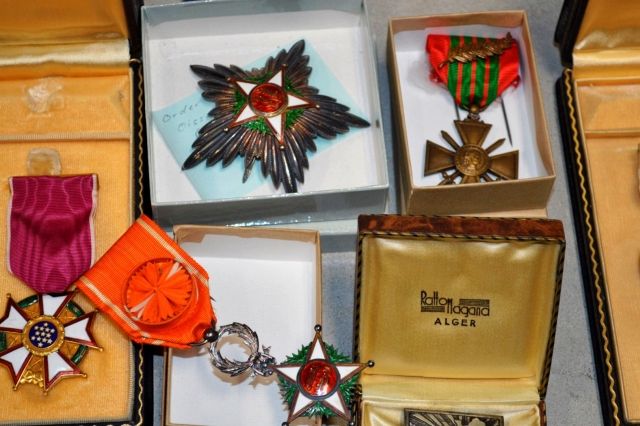 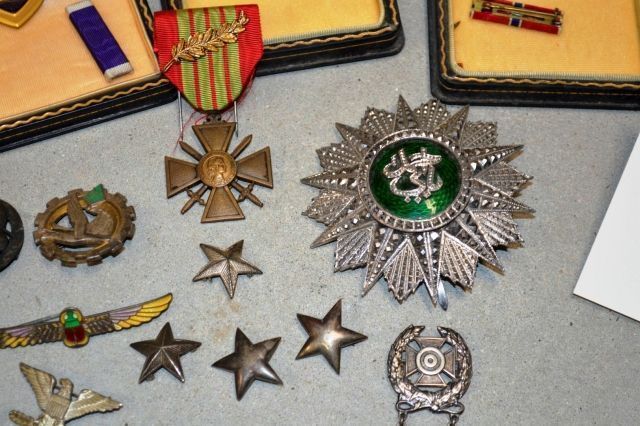 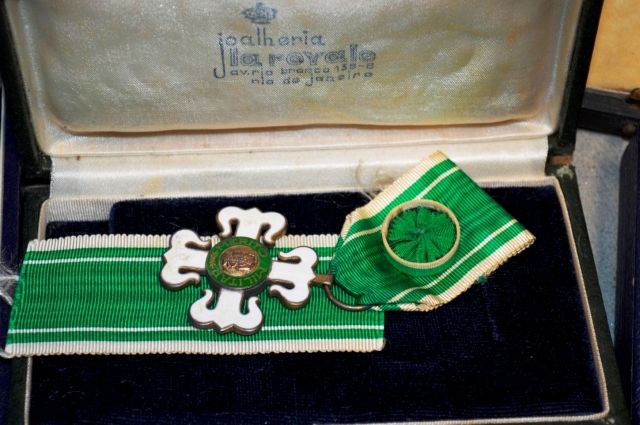 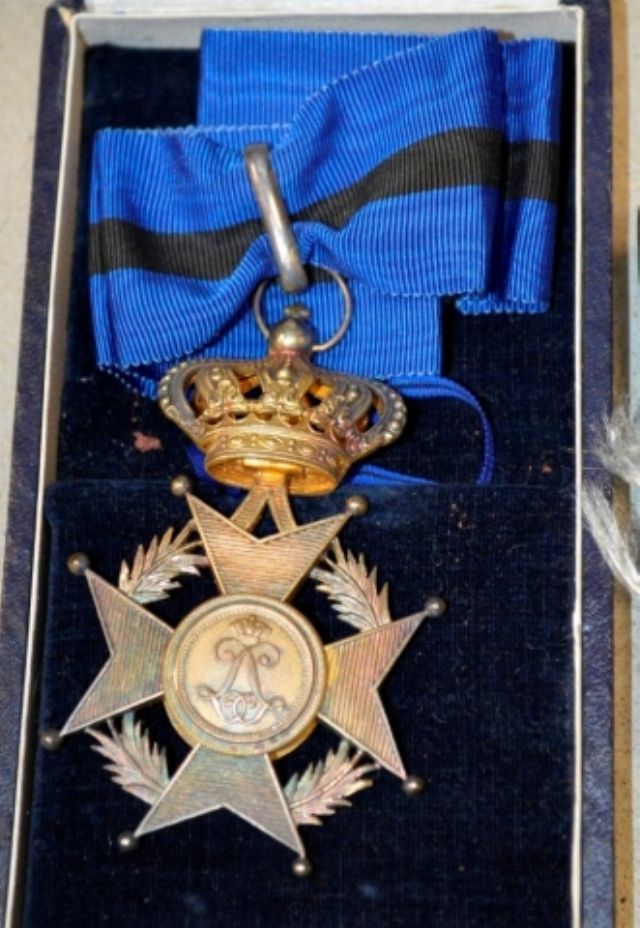 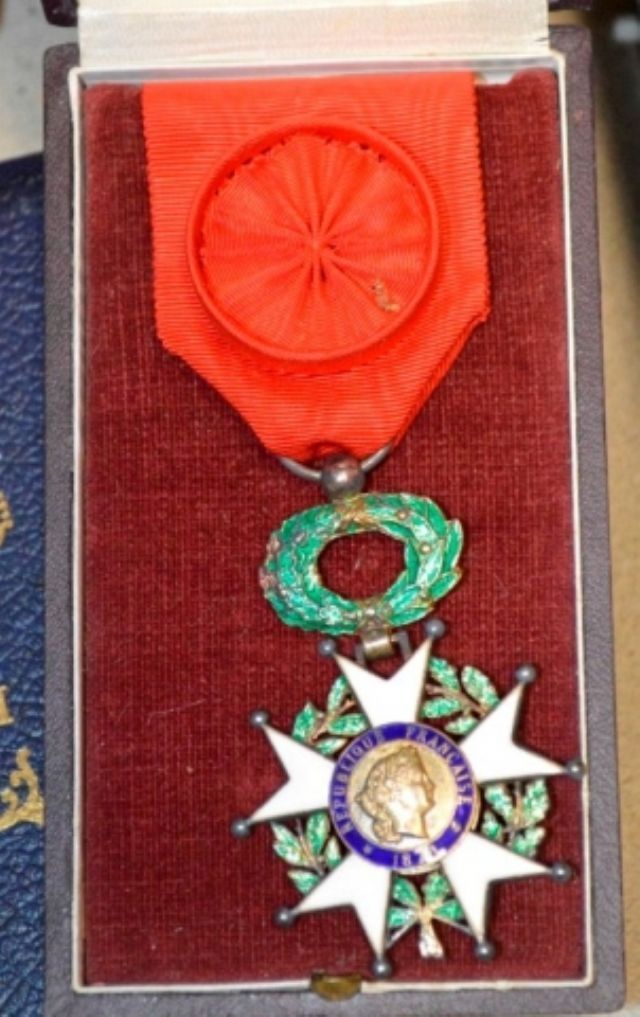 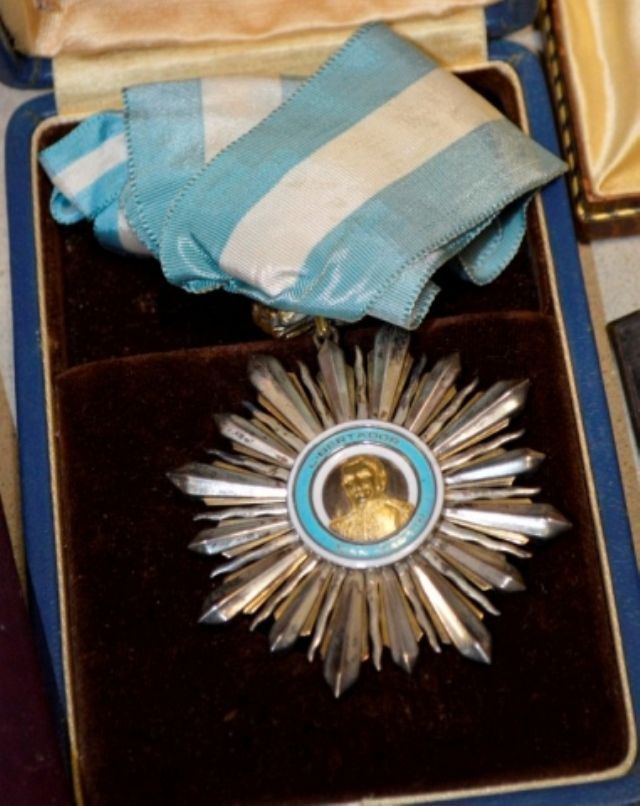 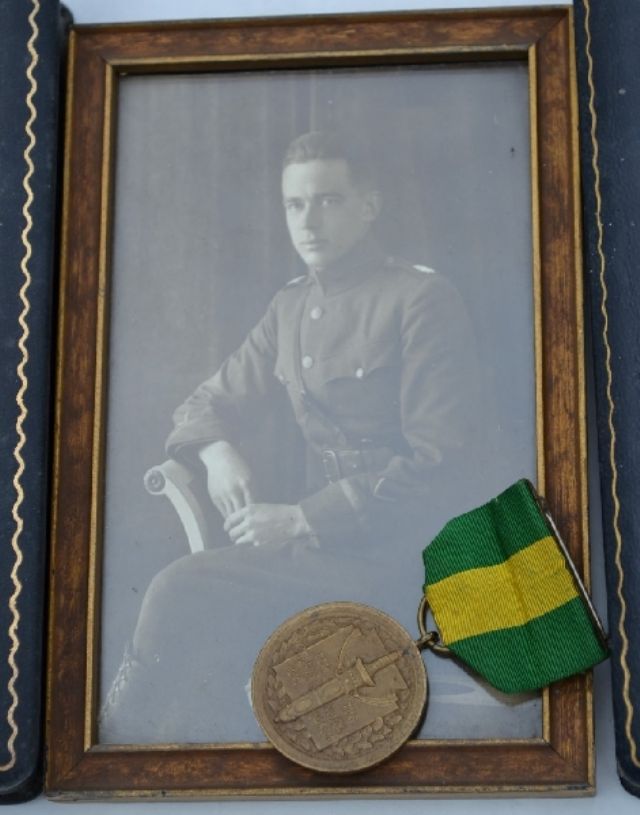 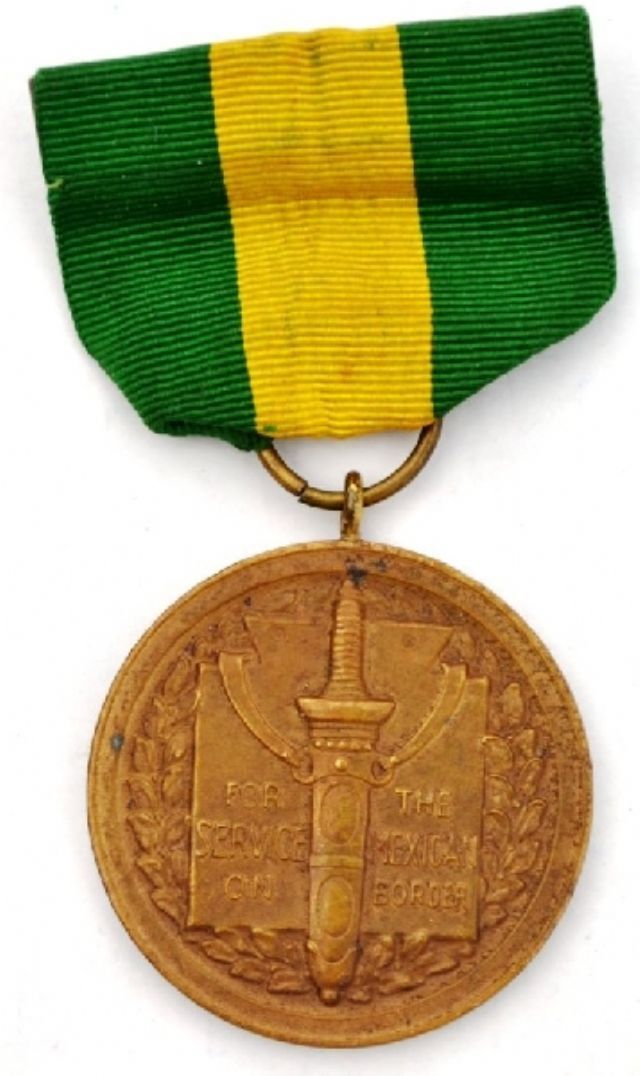 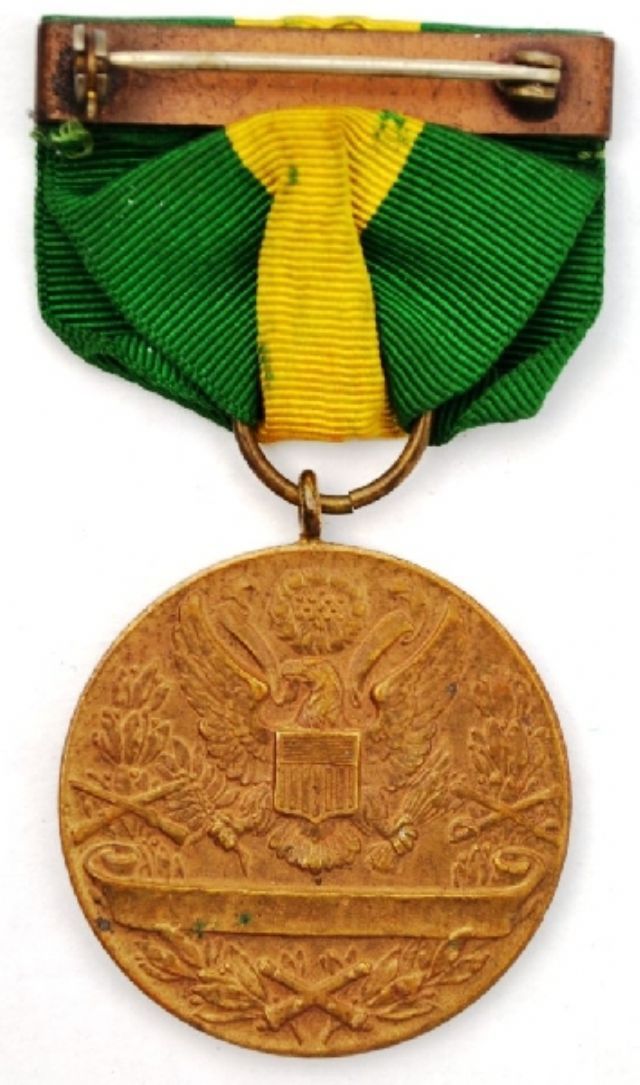 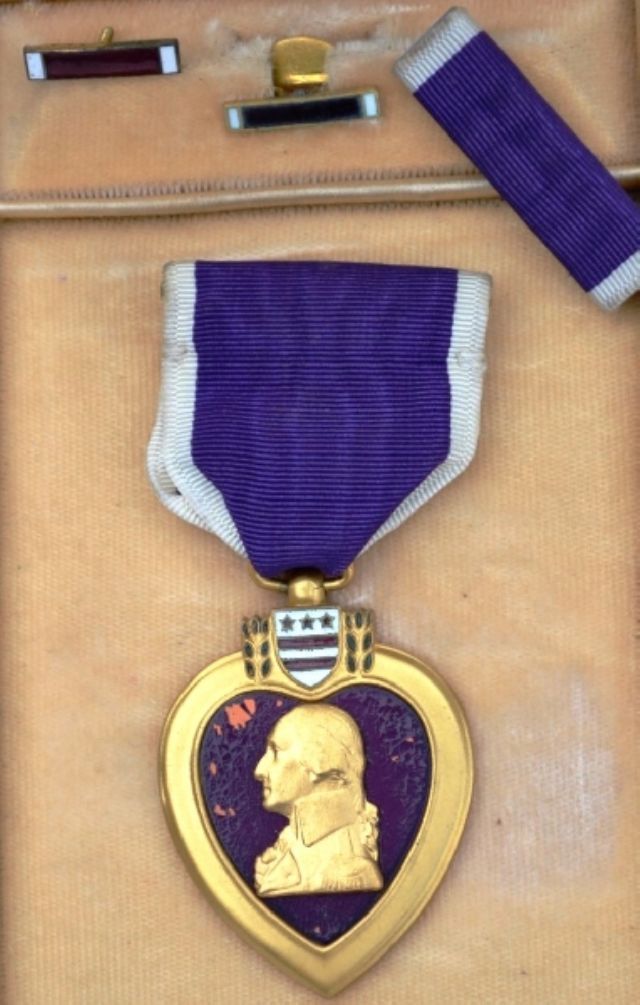 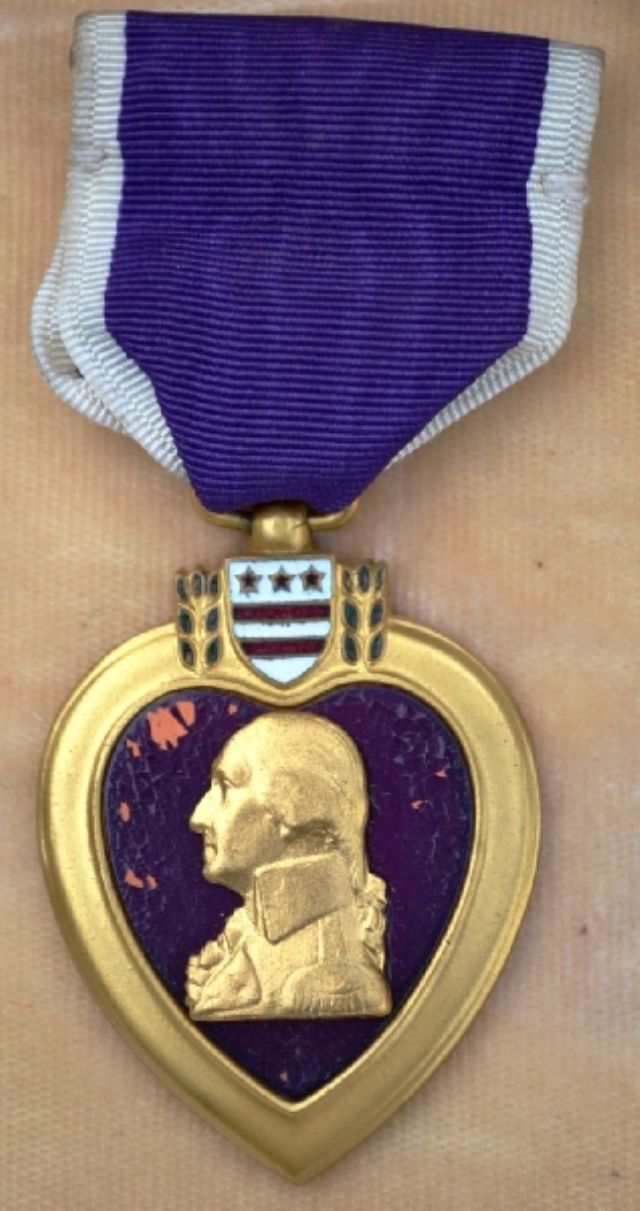 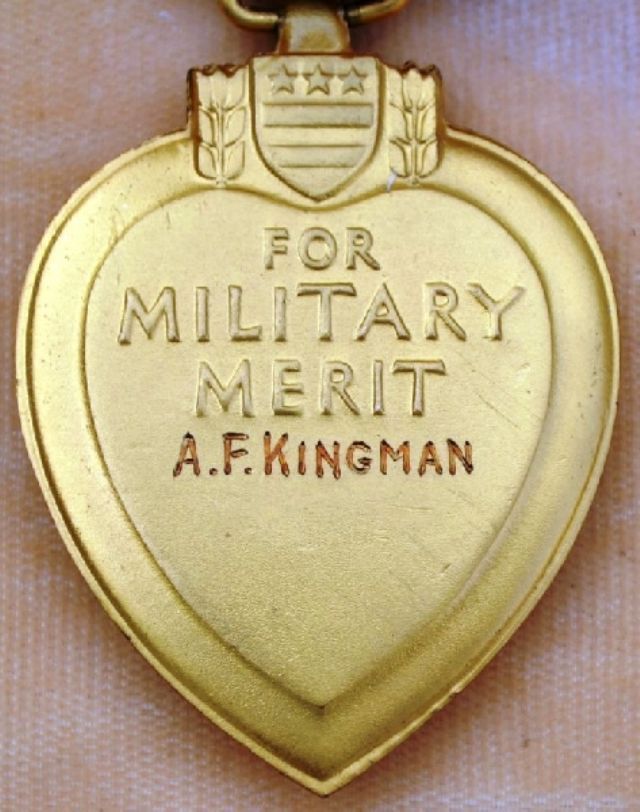 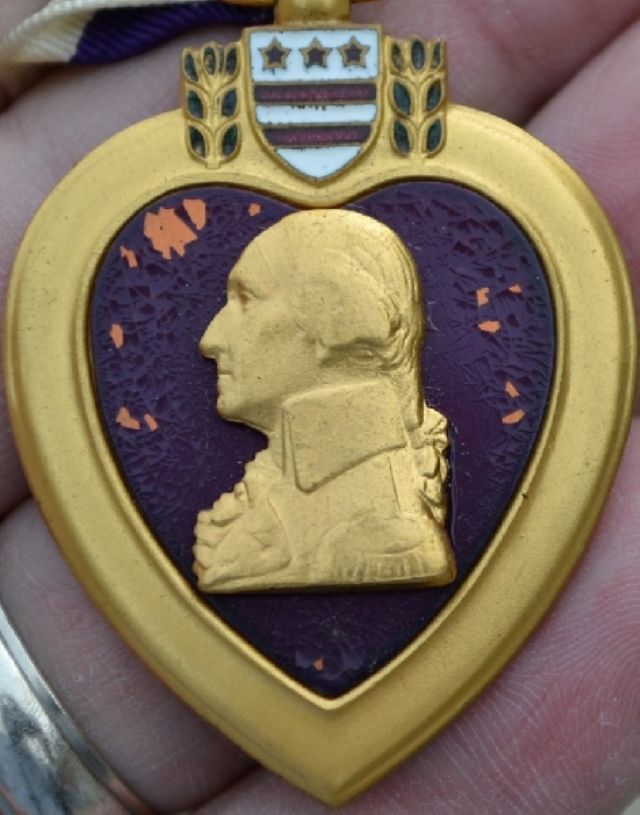 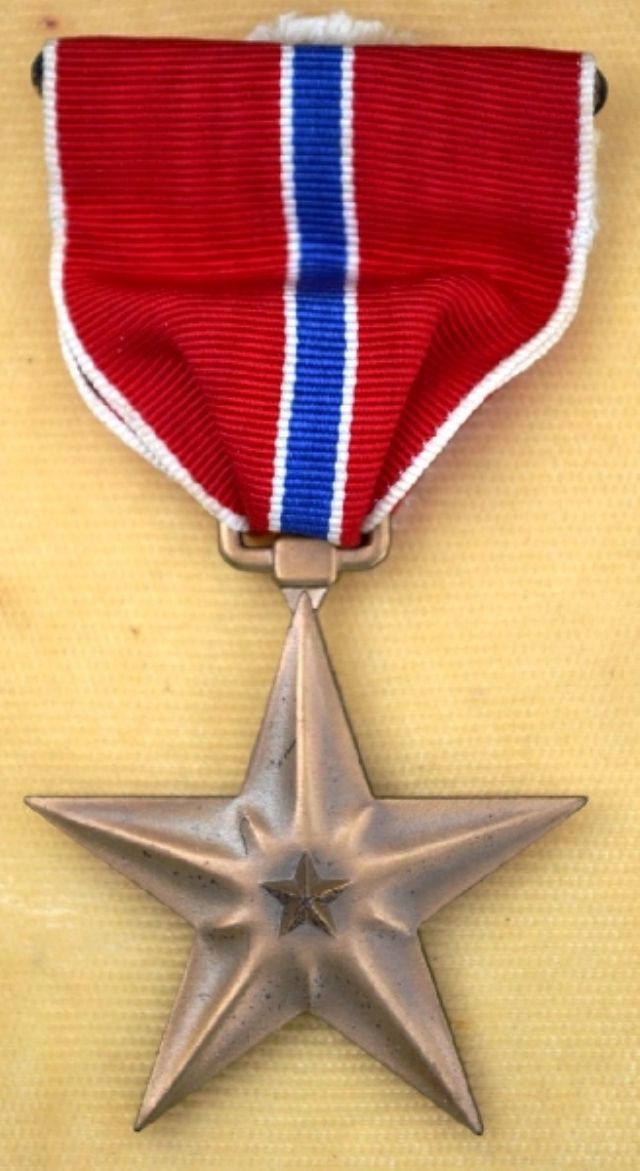 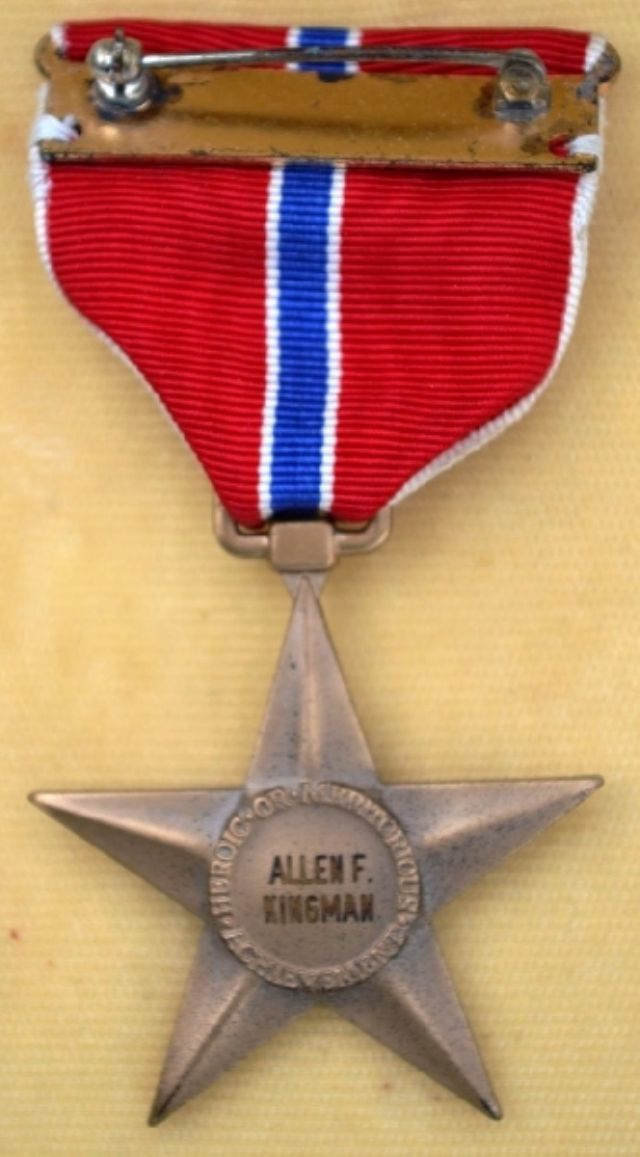 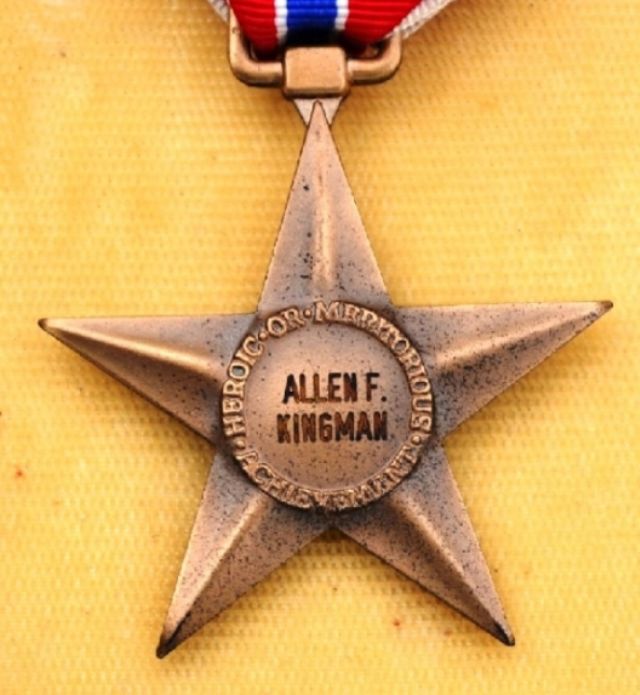 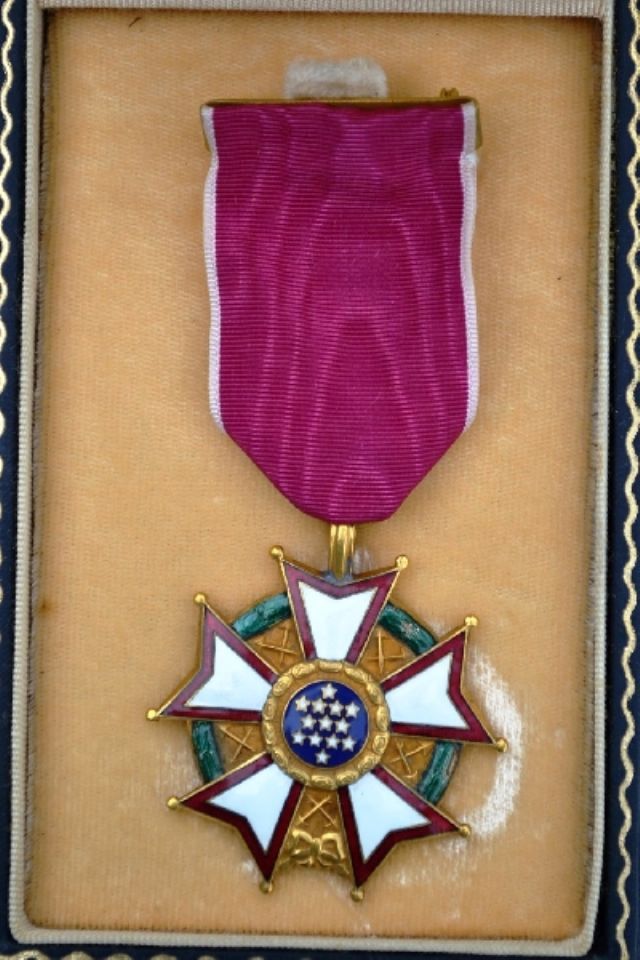 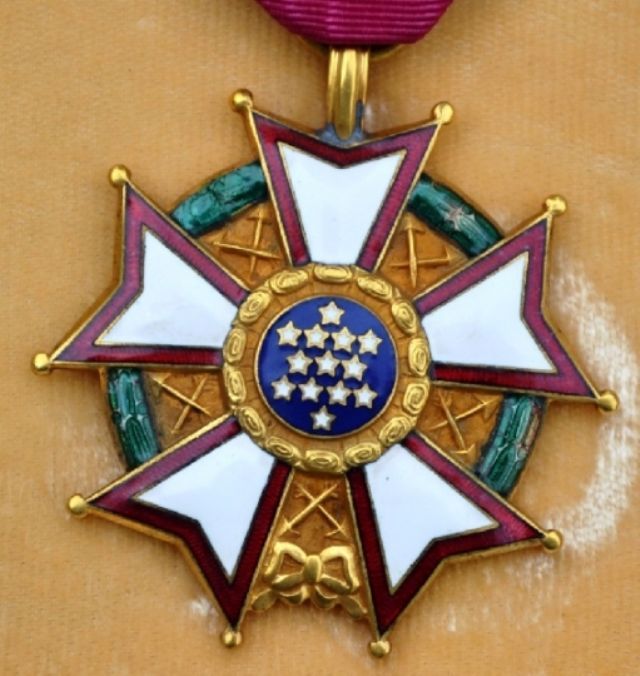 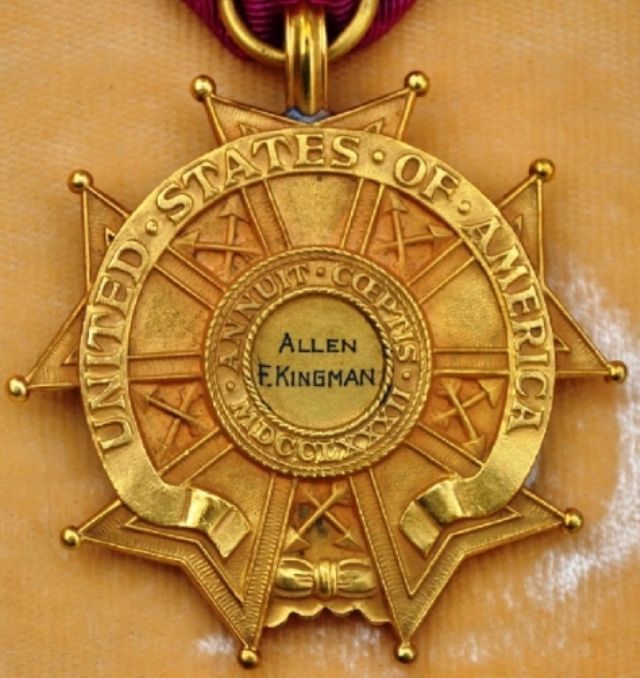 Allen Frederick Kingman, an Army general officer who served in both world wars and was awarded military honors by half a dozen foreign countries. Kingman was commissioned as a second lieutenant of infantry and served on the Mexican border during the U.S. effort to capture Pancho Villa in 1916-1917. In World War I, he went to France with the 16th Infantry of the 1st Division, the first unit to land in France. In World War II, Kingman served with the 2nd Armored Division on General George S. Patton’s staff and briefly as the 2nd Armored Division Commander. He retired in 1953 as a Brigadier General.
During his 36 years in the Army, Kingman received the Legion of Merit, Bronze Star, Commendation Medal and the Purple Heart. France honored him with the Croix De Guerre with Palm for bravery in combat, and he received the Brazilian War Medal as well as many other foreign decorations.
His WWII Army General Officer Pistol Holster and Belt set are shown.
(Brigadier General Allen Frederick Kingman Medal Grouping)